What to begin with…?

My husband’s big dream was to have a horse. This dream came true in 1992 when we bought our first, bay, half-bred mare called Jasna Pani (Emetyt-Jaga). She was nice and gentle mare. We knew that horse is a sociable animal sp 3 months later we bought another mare, half-bred Afera (Arkus-Arena). Her name in Polish means “swindle” and that she was like.

The 1998 was a turning point. Our friend took us to Korfowe Arabians owned by Mrs Grootings. When we arrived there I saw beautifully snowed paddocks and at one of them a gray stallion Erfurt (Bandos-Elwira). When I approached he started to move beautifully as a ballet dancer. I couldn’t take my eyes off him. Thanks to Erfurt we fell in love with Arabians. Since then we have dreamed of own Arabian horses.

We didn’t wait for them for long. Few weeks later we bought from Mrs & Mr Wasilewski our first, beautiful, gray mare Akwarela (Eukaliptus – Arena). Akwarela was so much more beautiful then the other horses in our stable that we decided to sell the half-bred mares and buy the dark bay Fawor-daughter Złota Rosa (out of Zasługa) instead.

In 2000 we found our “goose with the golden eggs”. It was bay mare Mina (Monogramm – Minerwa ) bred by Michałów Stud. Together with Mina we enlarged our herd with dark bay Minnesota (Wachlarz – Mina) and gray colt Migrant (Emigrant – Mina). While buying these horses we have no idea that Mina is so great broodmare. The same year we began our adventure with Arabian shows. Minnesota was placed Vth in the class in Polish Nationals in Janów Podlaski. It was our first success – we were surprised and proud of the mare.

Next years also brought a lot of awards and trophies. Word of mention is owed to mare Missouri that became the champion of Summer Arabian Horse Show in Warsaw, and Central Poland Champion Mare. In 2002 she competed at international shows (class winner in Strohen, Germany, Vith in the class in All Nations Cup). Also the colt Migrant was very succesfull at show rings.

He was Vth in the class of 2001 Białka Junior Spring Show and Polish National Junior Reserve Champion Stallion Private Bred and placed second in the class of Babolna International Show. He repeated this at 2002 International Arabian Show d’Alsace (France). 2002 was very happy but also very sad year. After the long illness our beautiful Minnesota died. We loved this mare and we have been beside her during all this hard times. Our stud was named after her name.

In the meantime the promising progeny was born at stud. These foals brought us a lot of joy, we learned a patience and humility in breeding. The number of shows that we took part in gave us a huge number of good friends that we keep in touch with still. 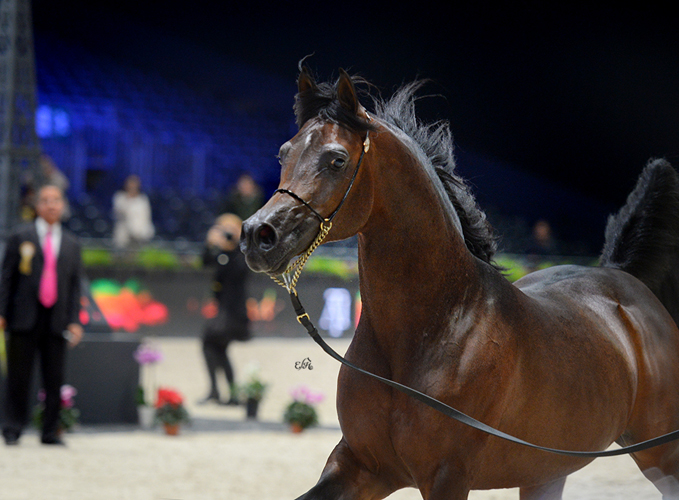 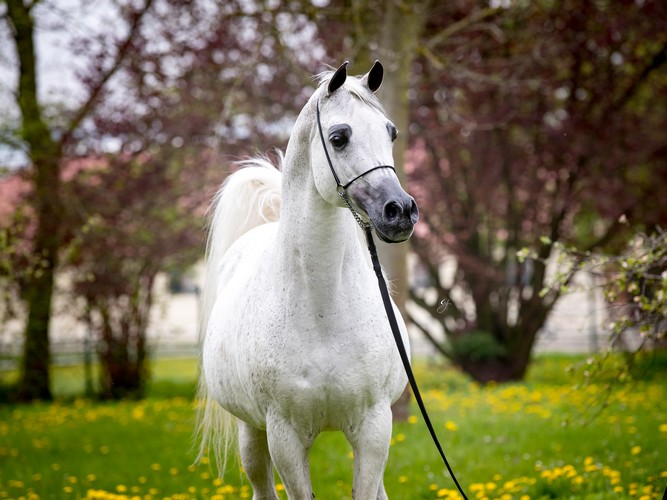