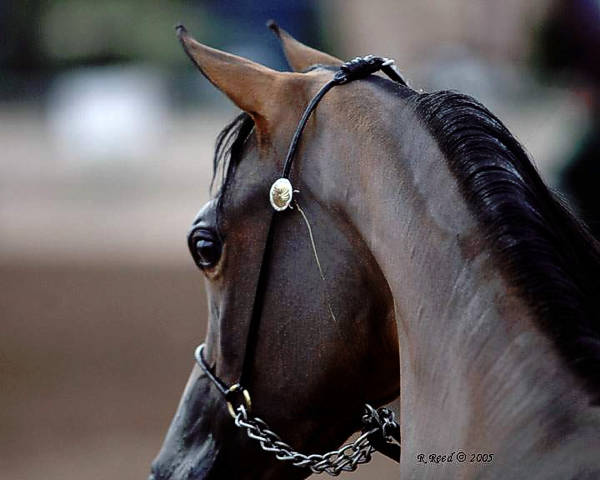 Today the 50th annual Scottsdale Show (Arizona, US) ended. The event – show of prestige was held on 18-27 February this year. It is being said to be the largest of its kind the world, draws hundreds of thousands of horse lovers each year, and attracts over 2,000 of the world’s finest Arabian and Half-Arabian horses competing in over 420 different competitions with over $500,000 in prize monies. Besides the show classes there is an exhibits area of more than 300 vendors and trade booths, offering everything from lavish jewelry, clothing and works of art, to boots, saddles, gifts and trinkets as well as exciting demonstrations and unique educational seminars compete for visitors’ attention. Scottsdale Arabian Horse Show is also a highly successful fundraiser put on by the Arabian Horse Assn. of Arizona with millions of dollars gone to worthy charities. 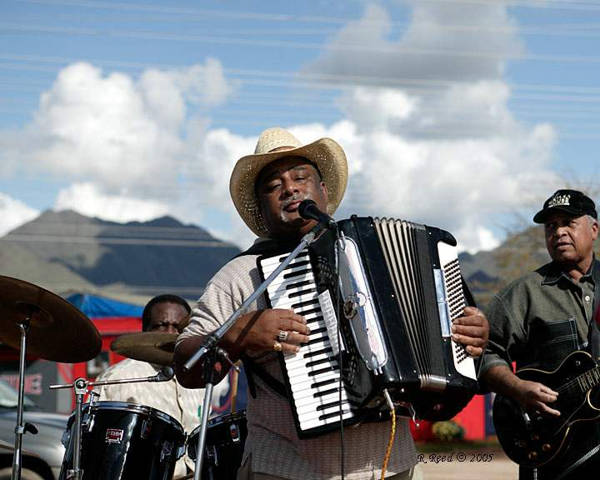 n the start list this year we found a lot of Polish accents. Mostly in sport competitions that confirms the outstanding performance abilities of Polish Arabian horses. The best scored was the progeny of Janów Podlaski-bred stallions: Gondolier (Palas – Gonagra / Negatiw) – especially in Trail and Reining and Europejczyk (El Paso – Europa / Bandos) – in Pleasure (Western and Hunter). Besides of them we found there also some successful starts of Galeon (Partner-Garsella/Bandos) – bred by Kurozwęki, Czarnolas (Gondolier – Czarnuszka / Gwarny) bred by Janów Podlaski and Pepi (Celebes – Pemba / Czort) bred by Janów Podlaski progenitors. 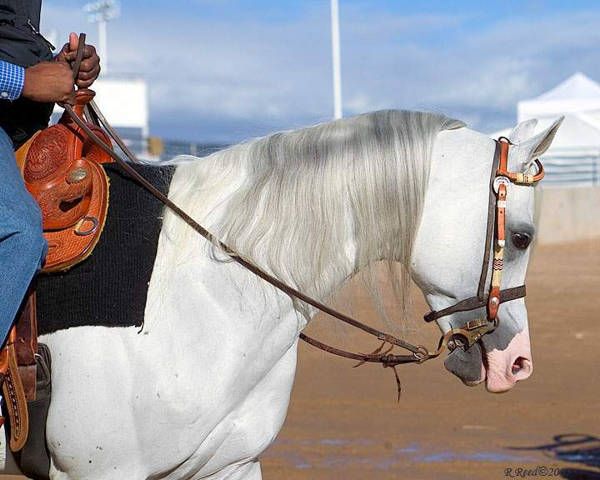 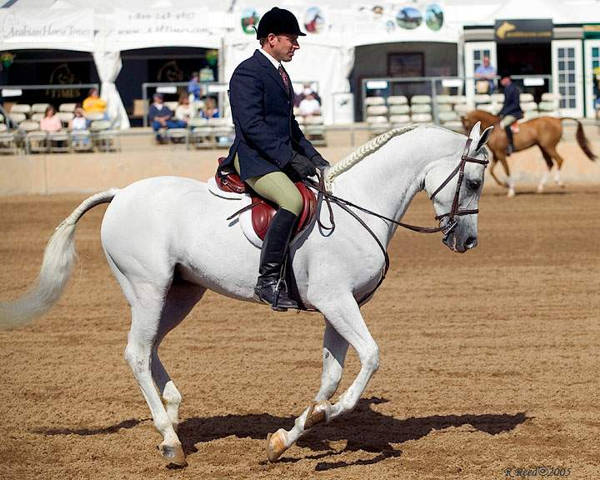 For Polish fans the most exciting was start of Michałów Stud bred and owned Egzonera (Monogramm – Egzotyka / Probat) being on lease to Jade Creek Arabians w US. Egzonera – born in 1995 out of Polish National Champion Mare Egzotyka and Monogramm (US) – the epochal stallion representing the best Polish bloodlines, she began her show career as a yearling being placed IIIrd in class of Białka Junior Spring Show and Polish Nationals. Year later she was placed second there-as two years old. In 2001r. Egzonera, as matured mare performed successfully at I Summer Show in Warsaw winning the Senior Champion Mare title. But her great successes were to come a year later… It all began with start in 2002 Polish National Show where she won the mares 7-10 y.o. class but in the Championships she was beaten by excellent stable mate El Dorada and full sister, one year older – Eskalopka. Egzonera’s international debut was in Poland – at I International Arabian Horse Championships in Poznań where she was placed second in her class with high score of 92,33 pts. Few weeks later she shown her top class winning the Top Ten Mare titles at All Nations Cup (Aachen) and European Championships (Moorsele).

She is continuing her show successes in US under the patronage of Jade Creek Arabians being in hands of excellent trainer – Greg Gallun who was successfully showing Ganges and Kwestura. In the meantime she gave birth to bay colt Erte JCA (by Gazal Al Shaqab) and there are two more coming up on 2005 season – by US National Reserve Champion Jake Jamaal and by Polish-bred Ecaho. The first happy news from Scottsdale came on Saturday 26th when Egzonera won the class of mares 8 years and older. As Bruce Carr- watching her in Scottsdale says – “Egzonera was absolutely lovely… she was a standout among the mares… Greg handled her beautifully. She was first on all 3 judges cards and this class was probably the deepest in quality of the day”. Thanks to the nearly current news coming from our friends in US on Sunday 27th about 19:00 CET we already knew that Egzonera became the Reserve Scottsdale Champion Mare just after Llamore Di Style JM (Style SRA – Llana Van Ryad) bred Haras JM (BRA) owned by North Farm Trust (US). Congratulations to the breeders, owners and lease-holders! 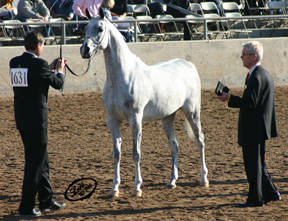 Another important start of Egzonera will be the US Nationals on 20-29 October (Albuquerque) where she is to compete together with her stable mate Fallada. Waiting for Egzonera to come back home we can watch her progeny left in Poland – young stallion Epistratos (by Laheeb), that this season began his breeding career and two years old colt Ekspander (by Eldon). 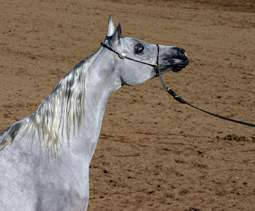 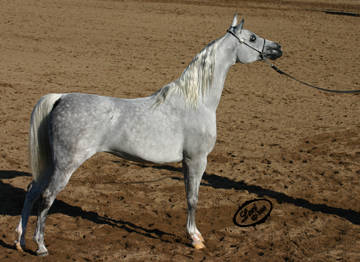 More info and details of the results on:
www.scottsdaleshow.com and www.arabhorse.com

For all the useful in formations and pictures we do thank Dick Reed and Bruce Carr.

Arabian horses at the Sopot’s Hippodrome!

Season 2021 at Służewiec Racetrack. The sponsorship offensive of Polska AKF is the biggest news in Arabian racing